I sometimes feel like I’m an alien in this world, watching these odd creatures via my moving pictures box who insist on trying to wipe themselves from their own planet. The only planet capable of sustaining them (or stupid enough to have made them in the first place).

I’m interested in working out how people work. The experiences individuals have in their lives that determine their future selves and their behaviour. And most are usually quite obvious. An angry environment breeds an angry person. An honest and encouraging environment breeds a self-secure person. And the subtle nuances in between all serve to make each of us truly individual. Some end up in prison, some end up conforming to the definition of ‘successful human’, some end up rebelling against that definition (and are, in my world, the most successful).

Without condoning the severely disturbed humans (or idiots) that are ISIS, ISIL, IS, or whatever the current ‘so called’ media ‘so called’ term is today, I can still just about wrap my head around why they’ve ended up doing these things because of the environment in which they grew up and live. That certainly doesn’t excuse the choices they have made, just like any murderer. I must admit though that I’m absolutely stumped by one particular human of the species. Donald J Trump, and his apparent supporters.

He’s been an anomaly to me since I first came across him, but then he was poncing about in his own TV series having decided he’d like to be a celebrity, and was basically a harmless greedy fat cat in that Land of the Fucked Up (America, duh!). But now, with the same disbelief I felt when Arnie first launched himself as California’s saviour, he actually thinks he can run a fucking country! The ultimate corporate takeover, with the added networking and contacts icing that makes the mightiest Cake of Power that no human should consume alone. If he wasn’t getting so much support it would be entertaining to watch. Unfortunately it seems my frame of reference re cultural norms of human reasoning is skewed. I have never encountered any fellow human (including those based on that bit of Earth over there) who thinks this guy is a good idea. I can only presume his supporters are a different breed of human, especially if they are able to agree with his reasoning to treat others with the same racist distinctions as the very people which you’re supposed to be against.

This sends my mind into an infinite loop of dead ended ‘But why?’ Trump thinks that in order to fight ISIS he must become a terrorist in his own right and punish a generic lump of humans in line with his ignorant (and vote winning) way of thinking. Yes, he is a homunculus of America’s finest business school and his cash hungry real estate father, but does that really mean he should be THIS self-serving, greedy, unfeeling and stupid? Is the only thing that sparks some kind of pleasurable nerve ending sensation in his second (maybe primary) stomach brain the sound of wads of cash being dumped into his vast bank vault hidden in his secret lair located in Switzerland, Dubai, Monaco and Timbuktu all at once whilst paying all taxes owed on paper in his own country, of course. Sorry, I need to sneeze (BULLSHIT!). Bless me.

You could say he’s the primary product of our time. ‘Modern Civilisation’ defined. After all, none of the other participating countries had a thought about how they could help the innocent people of Syria to escape from death roulette in their home country BEFORE they dropped billions of tax payers’ money in bombs.

Imagine the country that organised a full scale evacuation programme for these helpless victims of our own species, each country accommodating them, helping them deal with the fact that life as they know it, including all the good parts, has changed dramatically into a fearful Unknown. How refreshing and truly deserving to represent the human species of the Earth would that country have been? Imagine the media outlet that sought to deliver messages of help and resources and hope to its valued viewers and fellow humans of our home, Earth. How refreshing and deserving to communicate our world news would that media outlet have been? 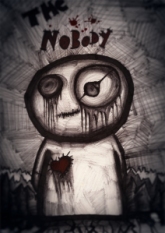 Too utopian for you, World? Okay. How about a sensible debate, without petulant name-calling, both private and public, with facts uncoloured by any particular media outlet’s brand pallet, with transparent points of view of instead of sleight of hand, hidden mirrors, under the table, back handed whips of PR’d ‘statements’, ‘party lines’, or deliberate confused gibberish to keep people busy. The price of bread cover up is a classic that will always be in the politician’s toolbox. At least Strictly’s still on, eh?

So as I watch this alien planet try very hard to destroy itself through its own inventions, run by 0.00003% of its population, to the detriment of over half of its total population under the manipulated marketing strategy that is labelled ‘democracy’ I stare at the screen of my Western you-never-had-it-so-good iPhone and think I should really clean this screen. 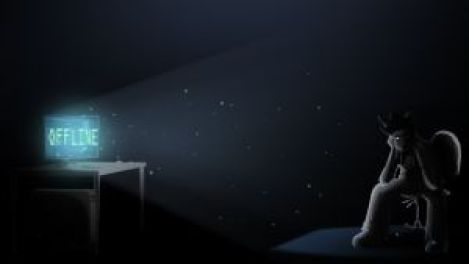 “There’s never no evil, only a different kind of evil.” – A Human

All artwork by Casper Arp Knudsen. Please go take a look at his amazing 2D and 3D work here…

This site uses Akismet to reduce spam. Learn how your comment data is processed.